As I have been recapping my summer travels, you might have noticed that I skipped something when I went from Paris to our trip home through the Lake District.

I skipped about four weeks that we spent in Switzerland.

I have been saving it, holding it in my hands and heart like a precious gem, not sure how to share it.

This is the best way I know how to begin. 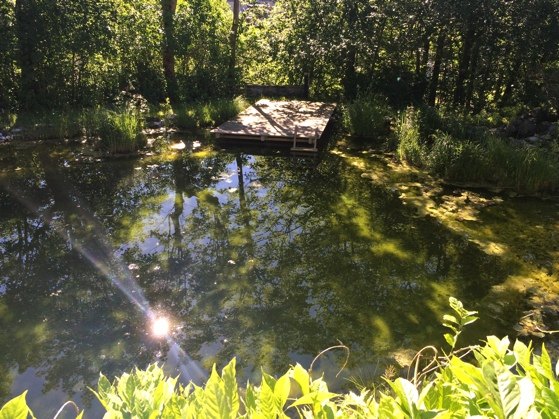 When we were planning to move to Scotland last year, I had a picture in my mind of what our new life would look like.

I had conjured a vague picture of a country house surrounded by stone walls and sheep. There might have even been a turret or two on the house, and I would walk just a short way down a lane to a little village.

In other moments, I was more reasonable and would conjure a cozy little flat above a bakery. Of course it would be around the corner from a flower market and across a cobblestone street from a cheese shop.

My head was full of images of the six of us walking to school and to the market and to the park. Only these images looked more like the opening scenes of Beauty and the Beast where Belle is dancing around her little provincial village and less like the gritty gray streets we actually walk.

To admit that I might have had a Disney cartoon picture of what our life would look like in Scotland is a little embarrassing, but it does reveal a bit about what color the sky is in the world inside my head.

And in Scotland we have had moments that actually do look like they came out of a Disney movie. More like Brave than Beauty and the Beast, but still, pretty spectacular moments. Sometimes we drive out to a castle and play and other days we go for a walk in the hills, and on those stolen Saturday afternoons outside of the city, Taido and I look at each other and remember that this is the good stuff.

For me, Aberdeenshire is what makes life in Aberdeen beautiful.

But the day to day life that we live in Scotland is not exactly what I had pictured.

In fact, I began to believe that what I had imagined was not real. It was just a pipe dream.

And then we went to Switzerland.

Where the whole country is like a page in a book from a fairy tale.

I know fairy tales mostly originated in Germany, but I think the idea for Hansel and Gretel’s gingerbread house must have come from a Swiss chalet.

All the different colored houses with curved, pointy rooftops and teeny tiny wooden slats layered together. And a bright flower box in every window. 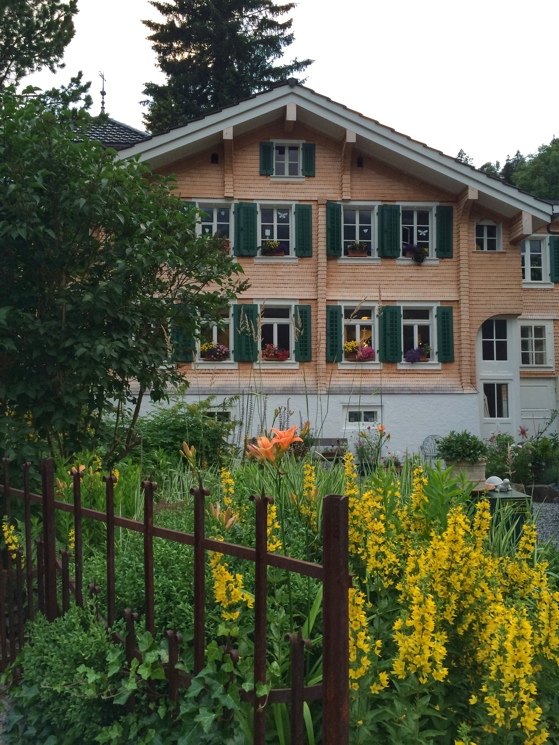 It was love at first sight.

On the train ride from Lucerne to Basel, Whitney and I practically gave each other bruises hitting each other to “Look!”

“Look at those mountains.”

“How can this even be real?”

We stepped off the train in Engelberg and walked down the street of the most adorable village. Past Swiss flag banners and hotels that could have been decorated with cupcake frosting. And all of it surrounded by 360 degrees of mountains.

Then we turned up a little lane to get to the house where we would stay for a month. 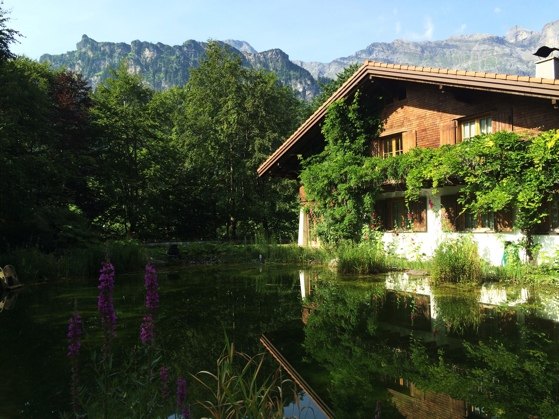 Away from granite buildings, school uniforms and constant internet, we read books, wandered the hills, played hours and hours of card games on an old wooden table and slowly chopped carrots and potatoes for soup.

We walked to the village twice a day, once to get our bread and vegetables for dinner and once to post pictures to Instagram. (Because though we appreciate not having it 24/7, we actually cannot survive without internet, apparently.)

We stayed long enough to learn a few customs, like the simple Swiss greeting that everyone cheerfully says in passing,

We discovered which brown bread we like the most. We became accustomed to the yellow signs that tell you where you’re walking in the hills. We figured out which cheese was our favorite from the abbey where they make it locally, and we fell in love with a certain bakery’s shortbread tart.

We were there long enough to notice details. The shape of shingles. The stacks of wood. The shop windows full of braided breads, backpacks, trekking poles and Swiss army knives. The meticulously kept gardens.

Taido has been telling me for a long time, since he first visited Engelberg over twenty years ago, that it is the most beautiful place in the world. But it was more beautiful than I had ever imagined. Every single day, I would come upon some new view or the same one from a different angle and say, “I just cannot believe this place.”

But when I think about Engelberg now, while I remember its beauty, and I have thousands of pictures attempting to capture it, what I really hold onto from our days there were the sounds.

Mountain villages tend to be fairly quiet, and Engelberg was no exception, and perhaps it is because it was a quiet village that the sounds I did hear were so distinctive. The hourly noises of the abbey bells and the train whistle marked the moments of the days passing, and the cowbells were the music to which we wandered. And all of these sounds were accompanied by the running fountain on the pond behind the house where we stayed. If you took a chair out by the pond and sat for a while with a book, eventually you would hear all four of these sweet sounds.

On our last week in town, I walked around recording these noises of Engelberg, because I will forever associate them with an almost perfect sense of peace. I wanted to take them home to play them on a stressful day, so I could listen hard, take deep breaths and remember that such a places exists.

Otherwise, I might be tempted to think I dreamed it up.