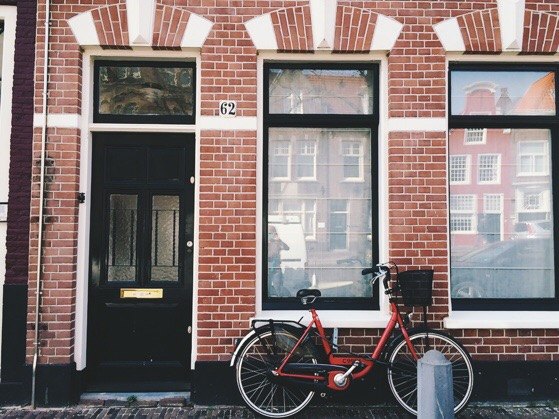 When Taido met me at the station in Amsterdam, he immediately started warning me about the possibility of being hit by a bike.

“We’ve already had a few close calls.” he said.

He and the boys had been in the city for two days prior to my arrival. 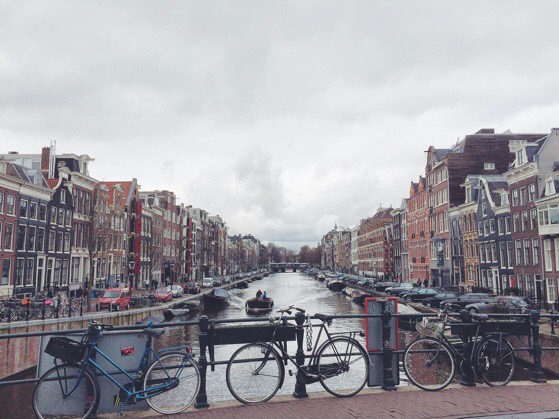 And while I know my tendency to wander about absent-mindedly through city streets can be a bit of a hazard, I have to say that I was so fascinated by the biking in Amsterdam that I was always watching for it.

And they were everywhere. 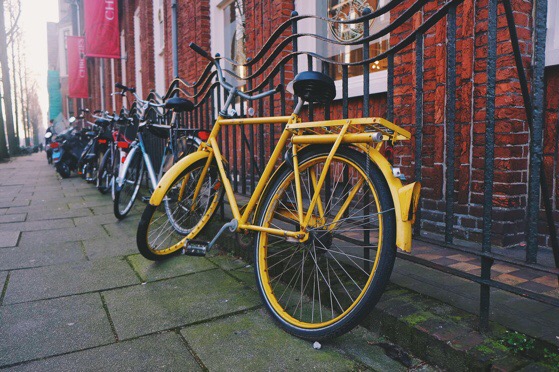 All the Chinos have said that we will remember Amsterdam the most for being the City of Bikes.

There are more bikes than people in the city. 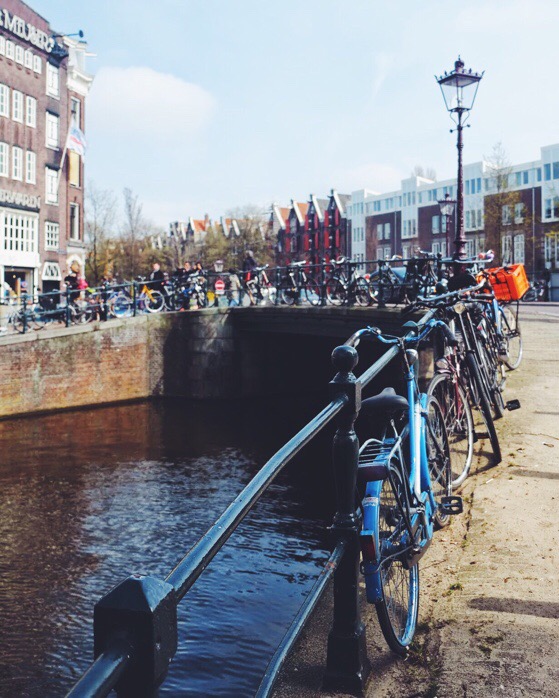 When I pulled all my photos off my camera, I spotted a definite biking theme. 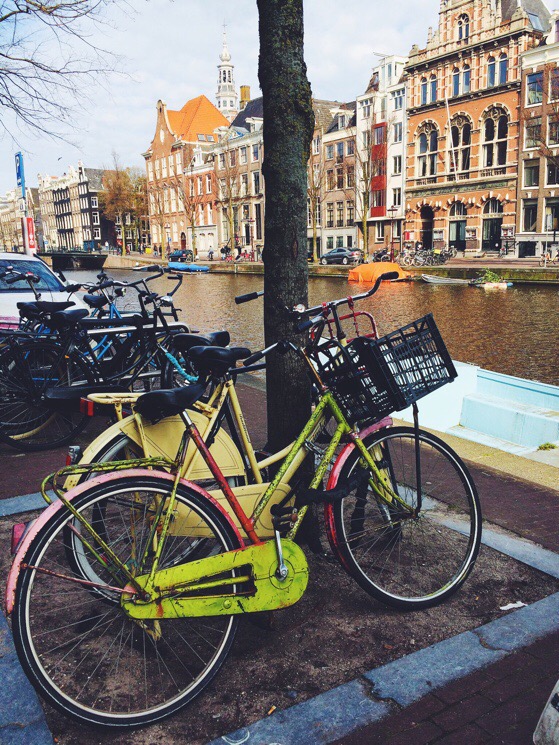 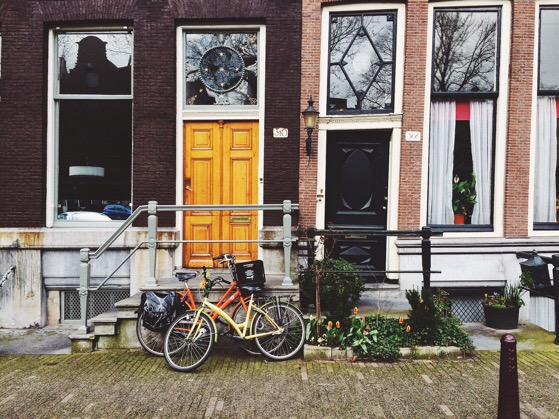 Of course, after a few days, though we were a little intimidated by the crowded bike lanes, we had to try it out for ourselves. 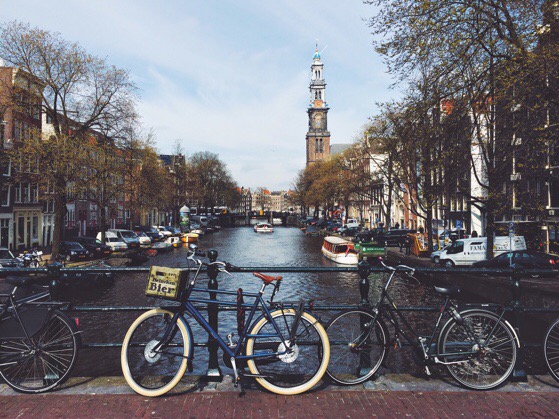 So we rented bikes and rode mostly outside of the city.

We ended up riding over 40 miles to the neighboring city of Harlaam, making our way past windmills and through the countryside.   And even on a couple of ferries. 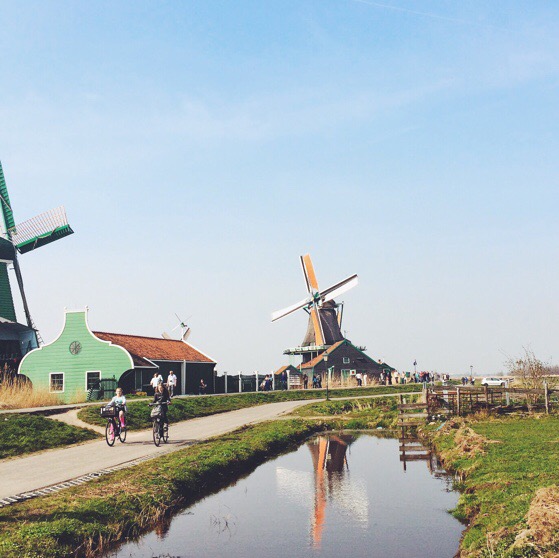 It was all kinds of lovely. 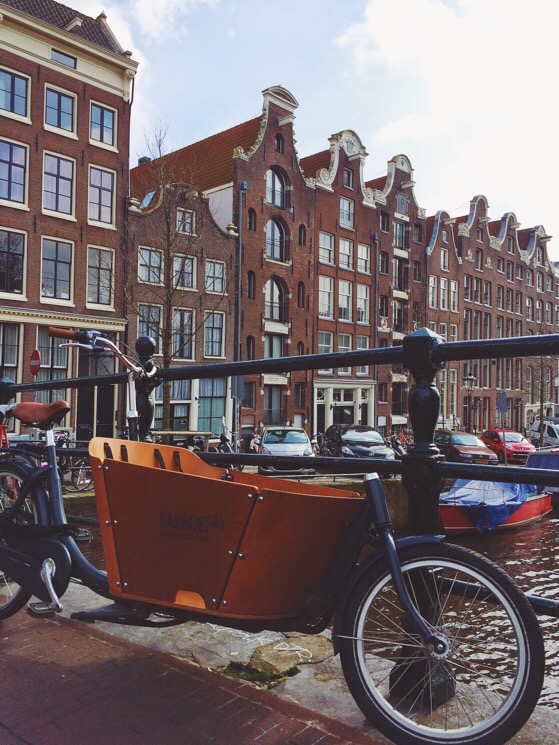 But when we were not riding, I loved watching all the other bikers. The morning commute and school runs with these bikes full of toddlers and young children were most impressive to me. I caught a couple of them on video, but when I saw these little people movers parked, I took photos of them. 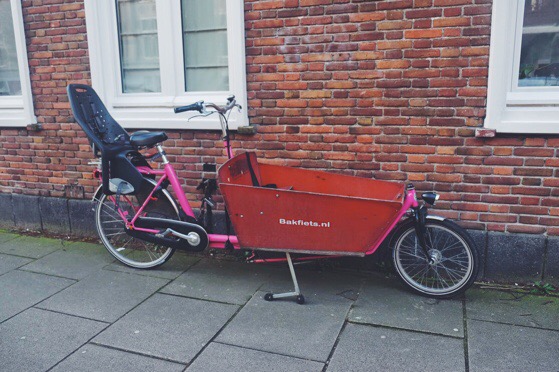 I can barely get myself moving down the road on a bike, so I can’t imagine the strength it takes to power one of these full of kids. 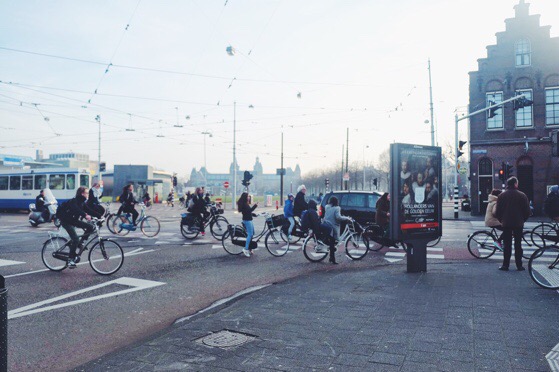 All the bikes on the road made Amsterdam feel like a constant parade. 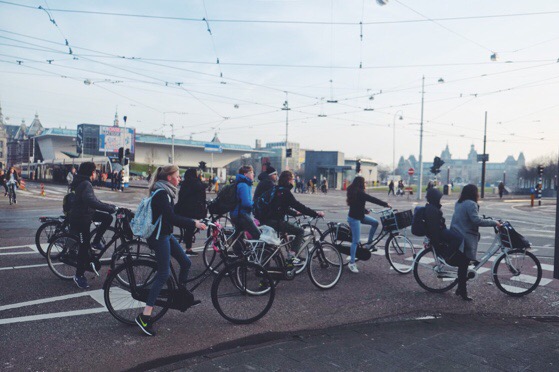 It kind of made me wish to live in a city with such a strong culture of biking everywhere. 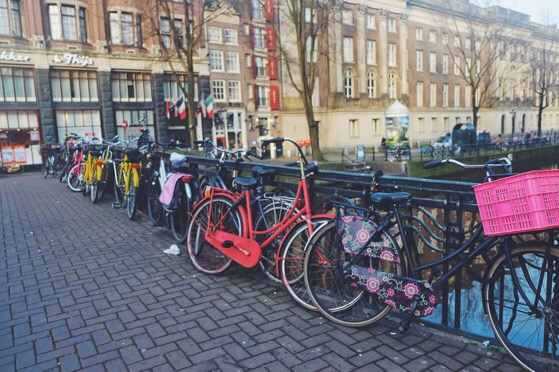 And since there are more bikes than people in Amsterdam, there are lots of creative parking solutions around the city. 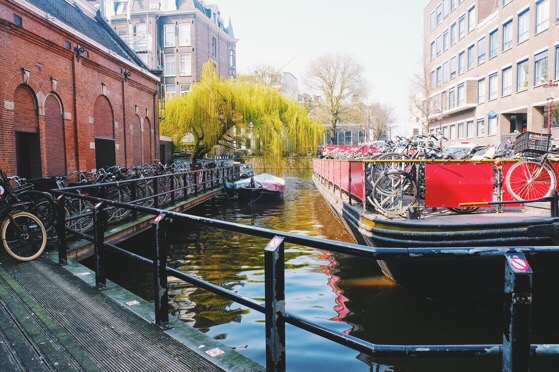 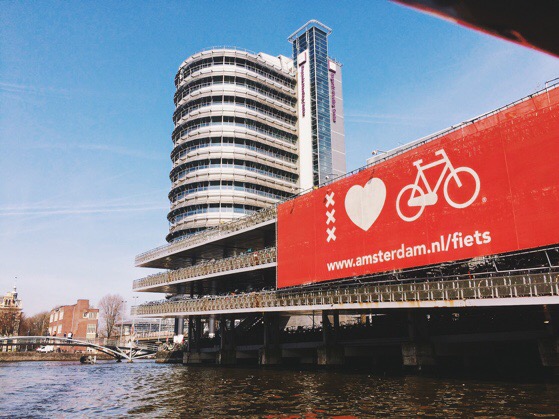 And we were all impressed with this bicycle parking deck. 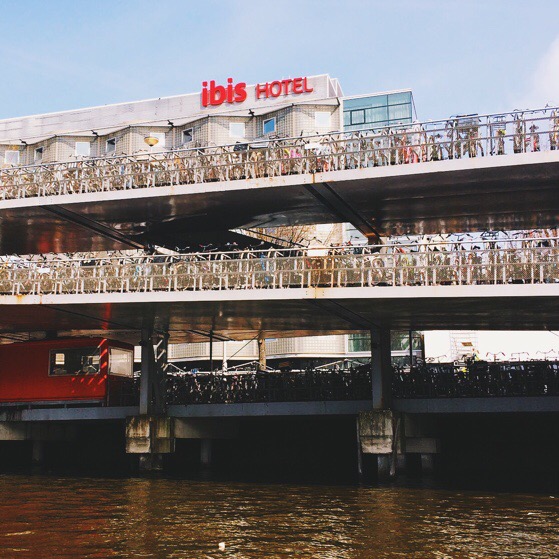 In three floors of bikes, I feel pretty certain I would forget where I left mine. Yikes!

Have you ever been biking in Amsterdam? Did you love it?

If we go back, I think I’ll rent a bike for the whole week this time!