My mom was here for three weeks in April and May and I really wanted her to have at least a little taste of seeing somewhere besides Aberdeen.

I love train travel, so I spent a little time trying to find places that we could get to relatively easily via train and towns that could be explored on foot once we arrived.

For our mini adventure, I settled upon three days in two towns.

The first one was the coastal town of Berwick-Upon-Tweed, which is about as far north as you can get in England before crossing the border into Scotland.

(The second town was York, which I’ll get to next week.) 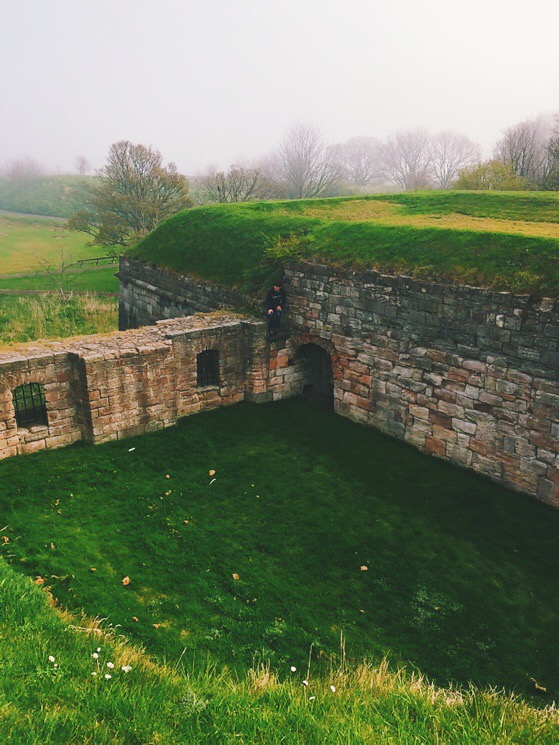 The whole town can be walked in circular on these old city walls and battlements. 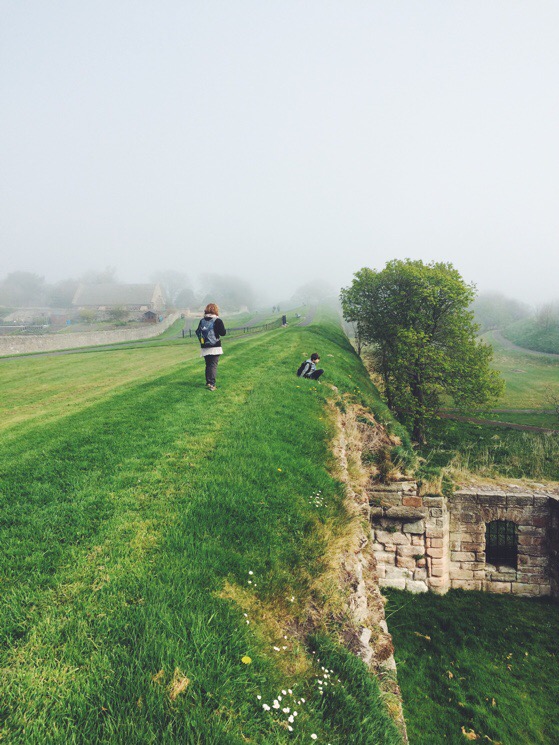 A perfect playground for young boys.

And a dreamy landscape for the mamas.

So much charm around every corner.

Ben about drove my mama crazy, dropping down into these hideouts and then climbing all the walls. 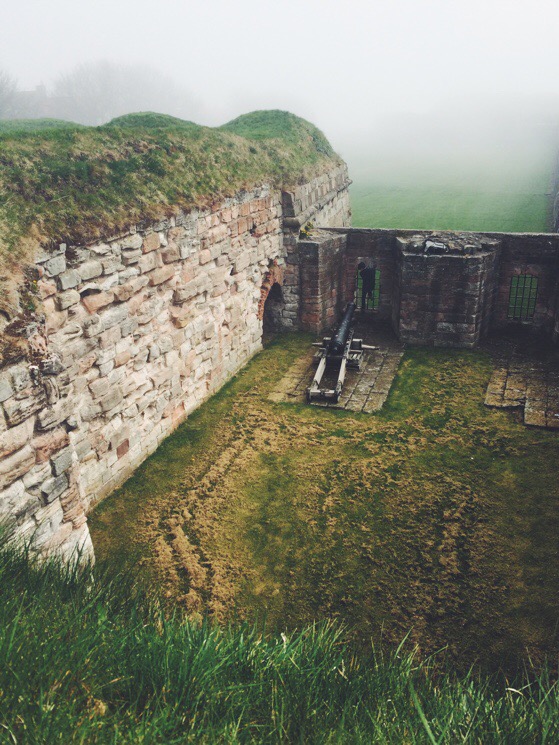 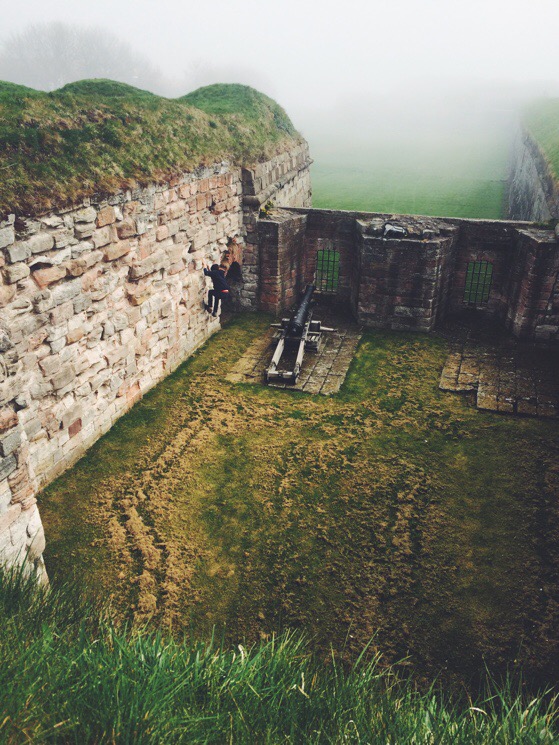 Berwick-Upon-Tweed is reached by three different bridges. Two are for cars and one is for trains. The bridges are striking in any weather, but we found them to be especially gorgeous in the morning mist.

The railroad bridge was made from the stones of the old castle, but you can still see where the castle used to be since some of the ruins remain.

After you walk the city walls, you can walk under the bridges and along the River Tweed for as long as you fancy. Berwick is a wonderful town for walking.

I wonder if this is not partly the reason it is featured prominently in the novel, The Unlikely Pilgrimage of Harold Fry, which is one of my very favorite books I’ve read this year.

After a morning full of walking and playing, we went and found some lunch at this darling little restaurant, Audela.

The highlights of our meal were the Berwick Crab sandwiches. 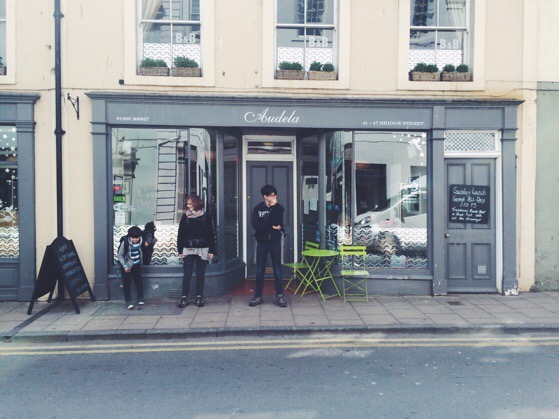 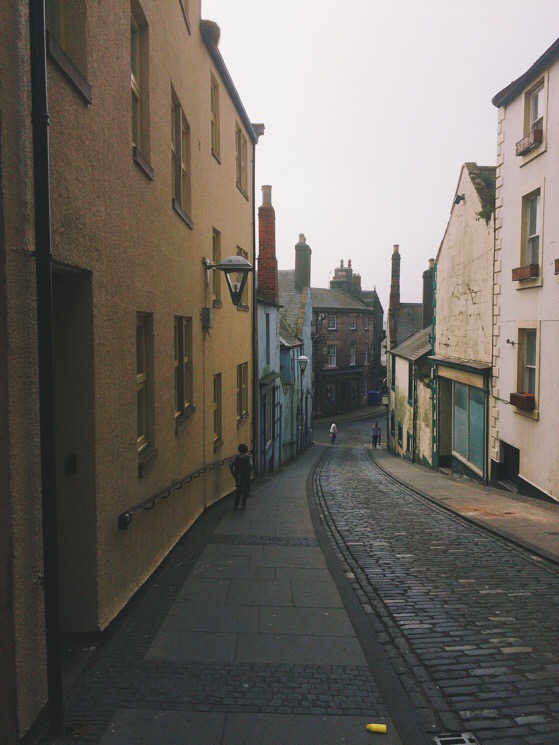 The side streets of Berwick look like a movie set to me.

Simon thought so too. 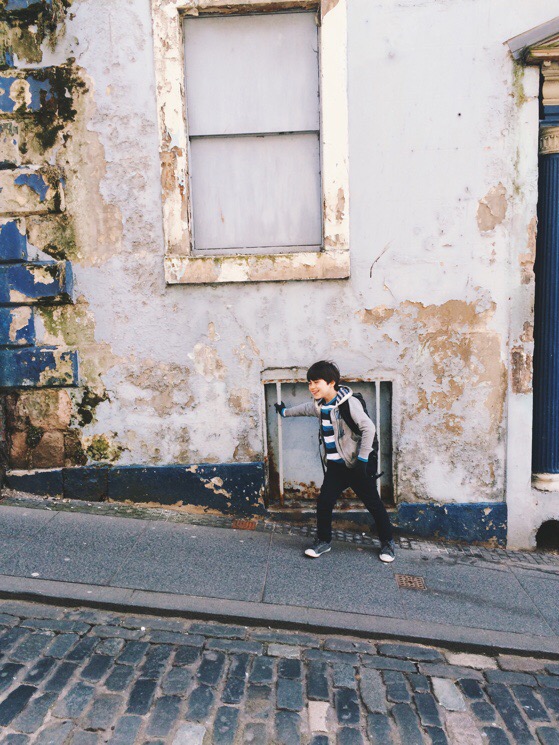 After lunch the sun came out, so we headed to the center of town for ice cream. We also hit the shops and scored new books from a bookstore. 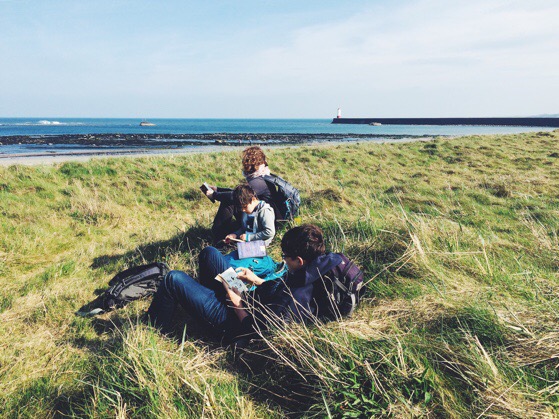 We had a couple of hours to kill until our train left for York, so we took our new books to the beach to read. And we might have napped a little.

While we were in Berwick-Upon-Tweed, we stayed at the YHA (youth hostel). 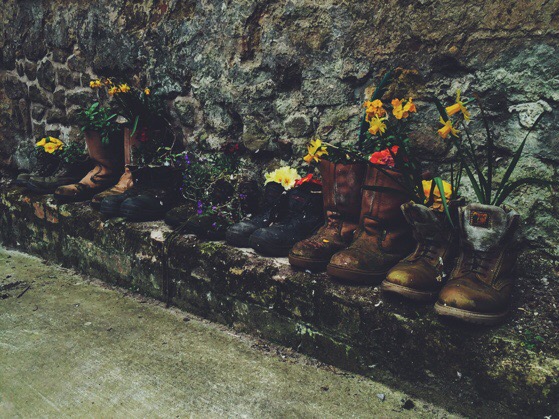 We had one of the family rooms in the courtyard where these old boots were turned into planters. 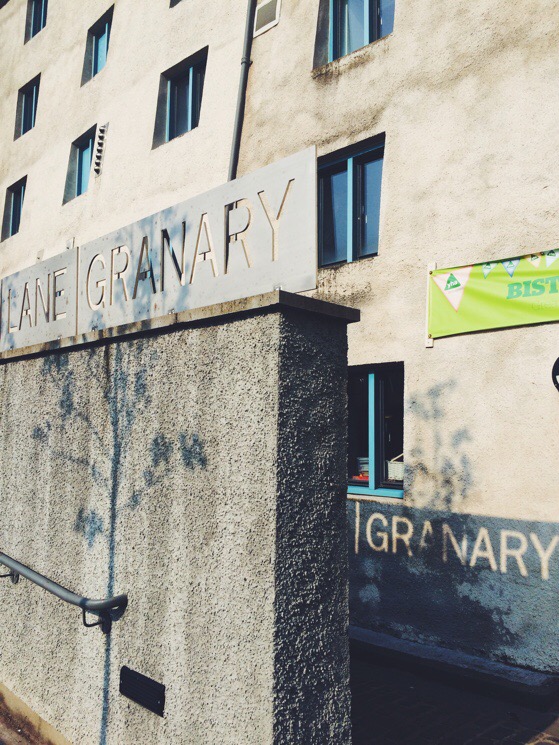 I love how YHA often creatively repurposes old buildings. This one was the old town Granary and it now also houses an art gallery.

Ben always opts for full English breakfast when he can, and he ate every bite at our hostel. 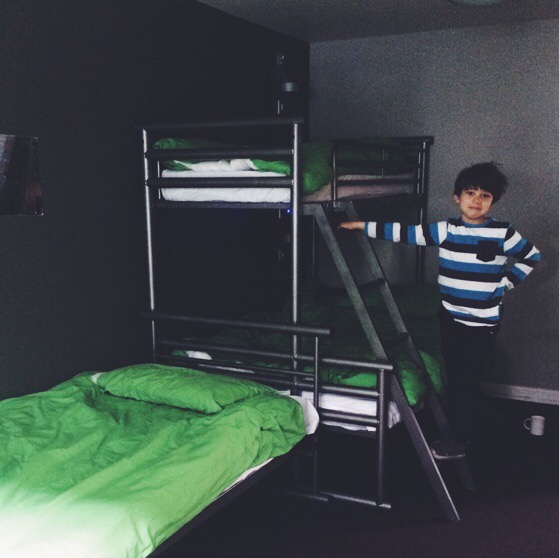 And our bunks! Our family room for four even had its own bathroom.

Here’s the warm welcoming desk at the Berwick-Upon-Tweed YHA. They stayed up late to check us in since our train did not come in until right at 10pm.

Our stay at the YHA Berwick was complimentary, and to be honest, I was a little nervous about taking my mama to stay in hostels, but she enjoyed our stays in Berwick and York and we all loved being in bunk rooms together. And the food of course! Everyone ate their fill!