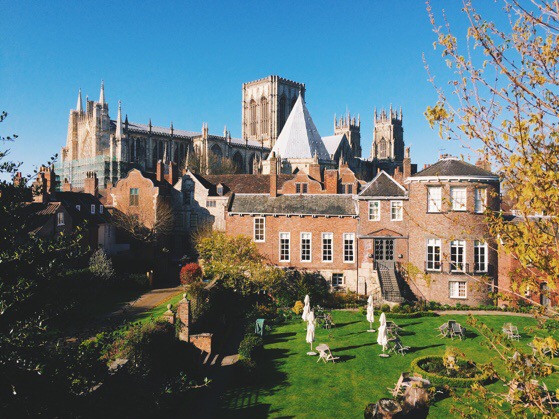 Last week I mentioned that I took my mama to Berwick-Upon-Tweed on a little train journey + YHA adventure.

Our next stop was York.

We ate dinner on the train on Friday evening, walked to the hostel, had drinks in the common room (ale for Mama and me, hot cocoa for the boys) and then settled into our bunks for the night.

We were up bright and early on Saturday for our one full day of sightseeing in York. 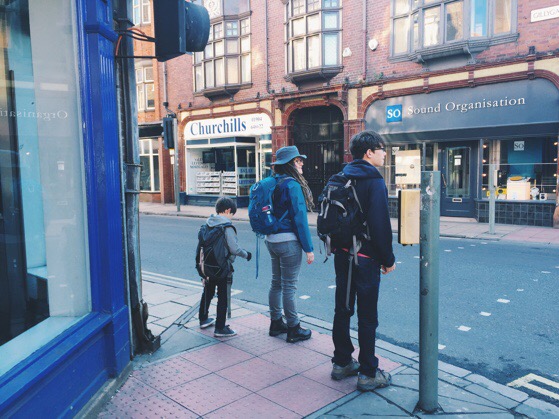 We walked all over York before the day was over, making stops at the Viking Museum, York’s Chocolate Factory and York Minster. 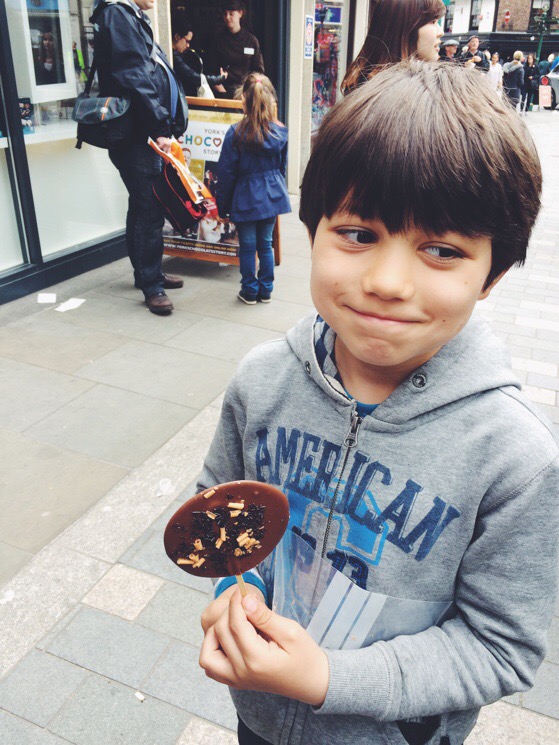 Um, at York’s Chocolate Story, you get to make your own lolly. And the people in the picture frames speak to you! Super fun. 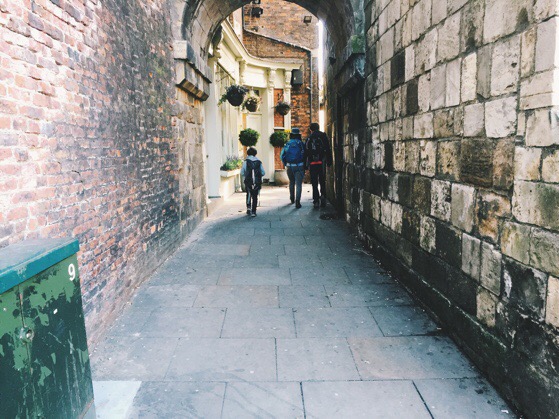 We also shopped the markets in The Shambles, where Mama found a new hat. 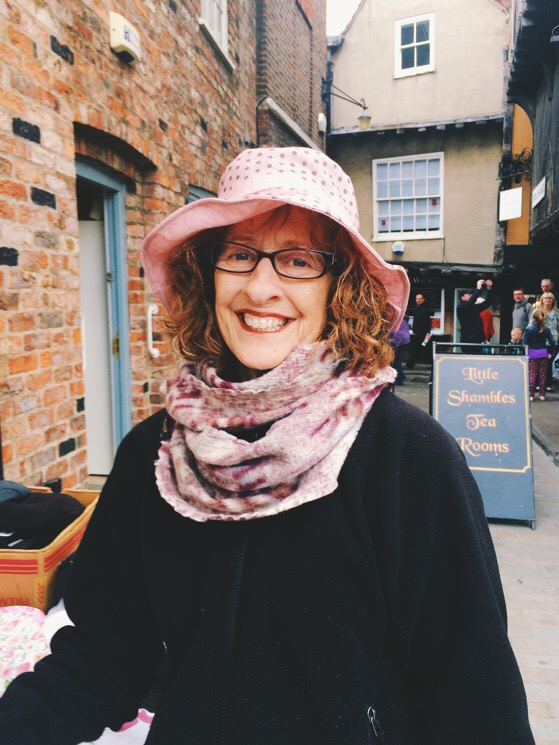 I think we actually went inside every shoe store in this street, which the boys really appreciated. (sarcasm)

I found new hiking boots on sale though so it was worth the scavenging.

Also, York is pretty high on the charm scale. 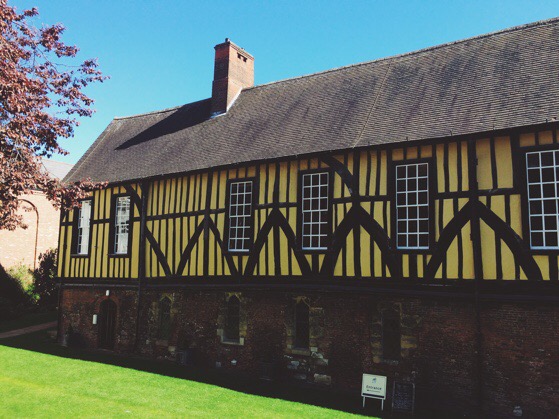 Everywhere you look there are darling rooftops and weensy cobbled alleyways. 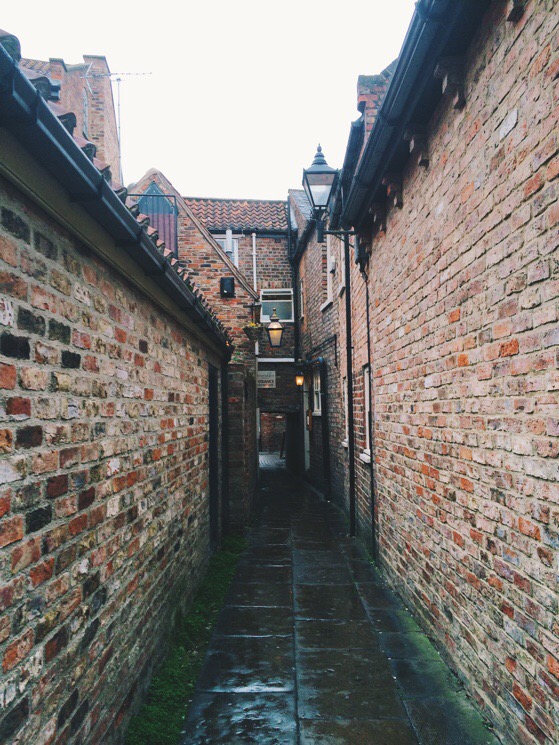 As an American, towns like these make me feel like I have somehow learned to time travel. 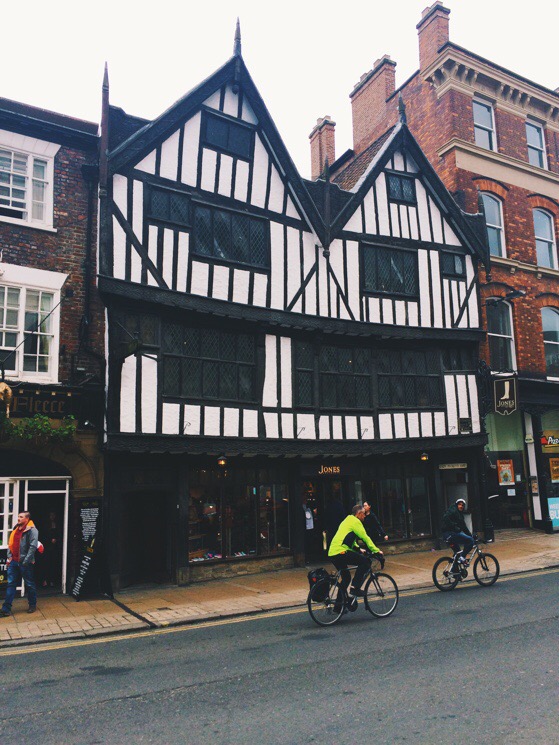 But of course, that’s ridiculous. 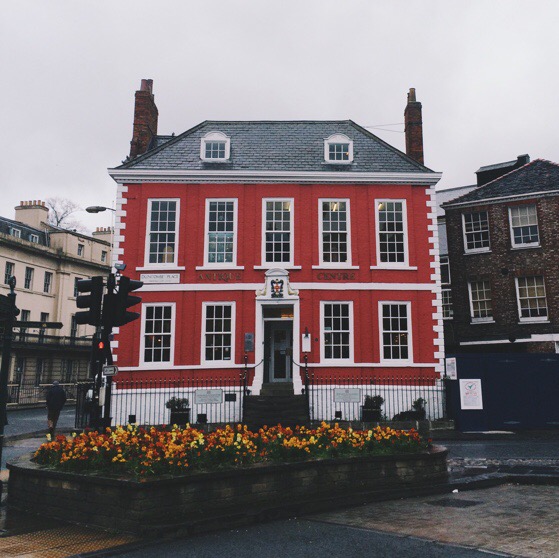 For lunch we had the best burgers on the rooftop terrace of a pub called The Habit. 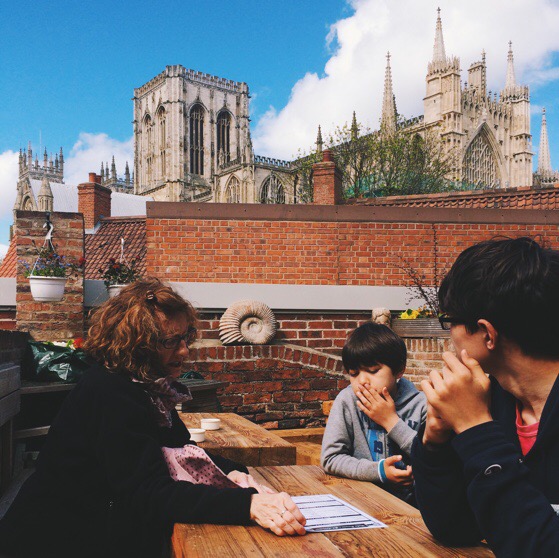 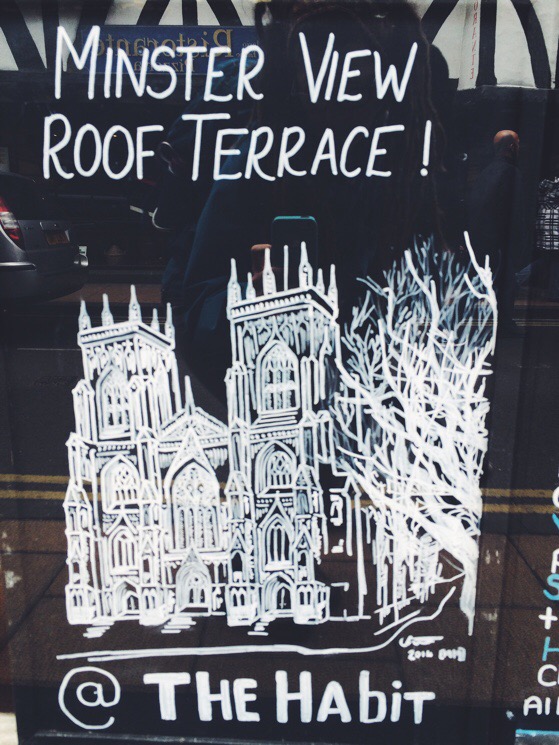 Fab views of York Minster from the roof AND fab service! 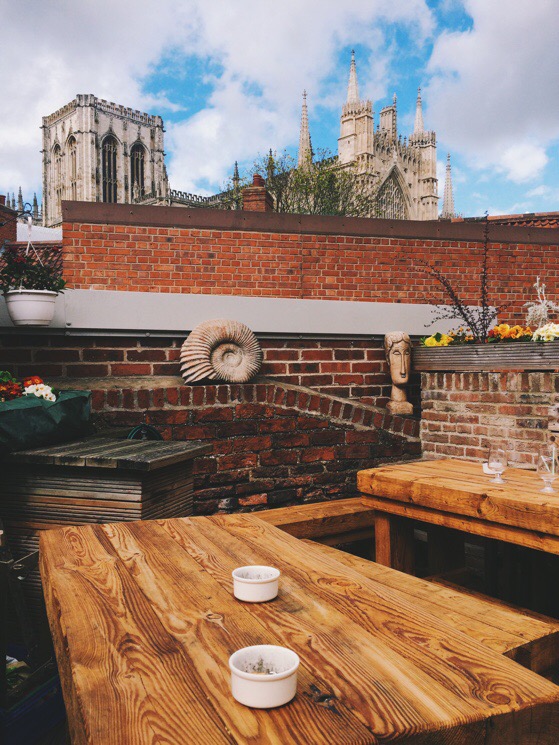 In the afternoon it started to rain, so we darted in and out of shoe stores and tea shops. 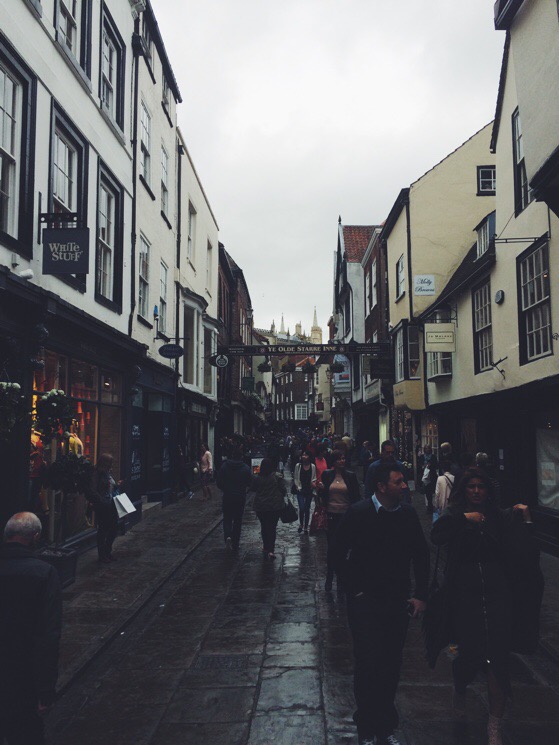 I think there are as many places for tea in York as there are people. It would be hard to choose a favorite. 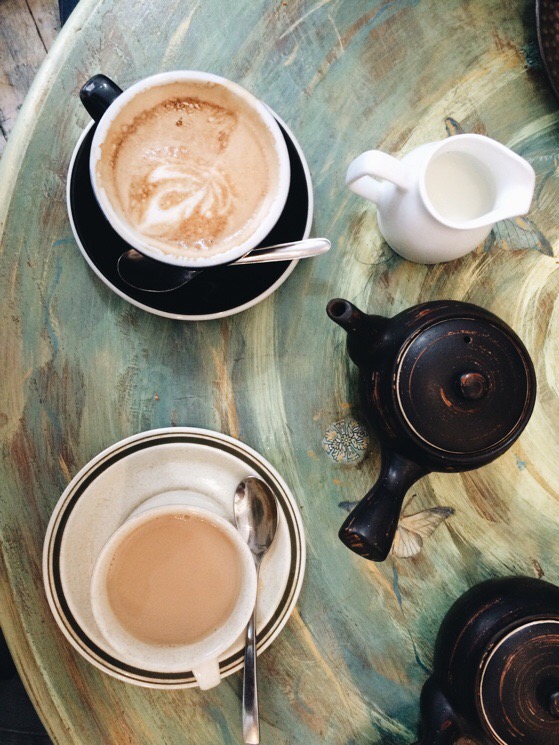 At five, we headed off to Evensong at York Minster. 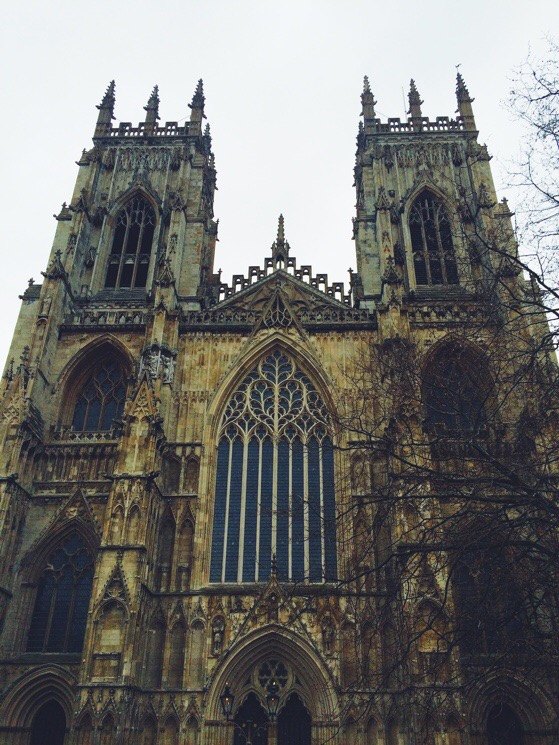 A Rick Steves tip for visiting famous cathedrals is to attend the daily Evensong service.

Usually only about 45 minutes in length, the readings and Scripture are sung by a choir. 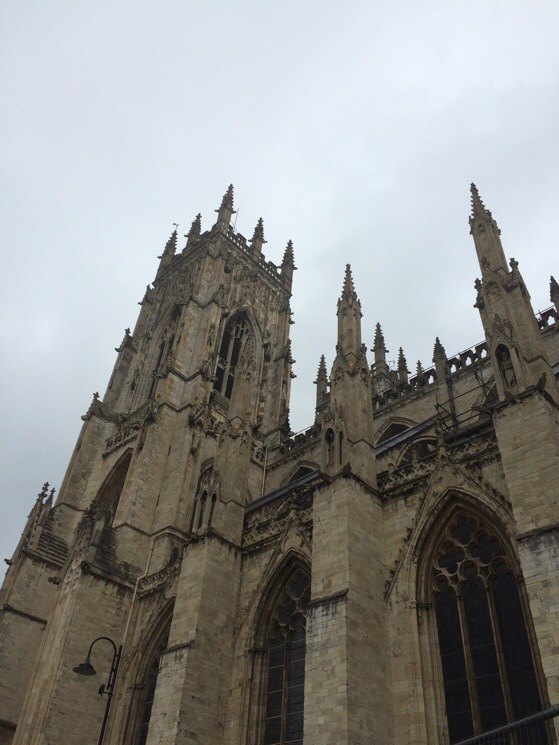 It’s a beautiful experience and completely free to attend. It’s also usually more interesting for the kids than the usual tour of a church. We were all a little damp from the rain and maybe a tiny bit sleepy. 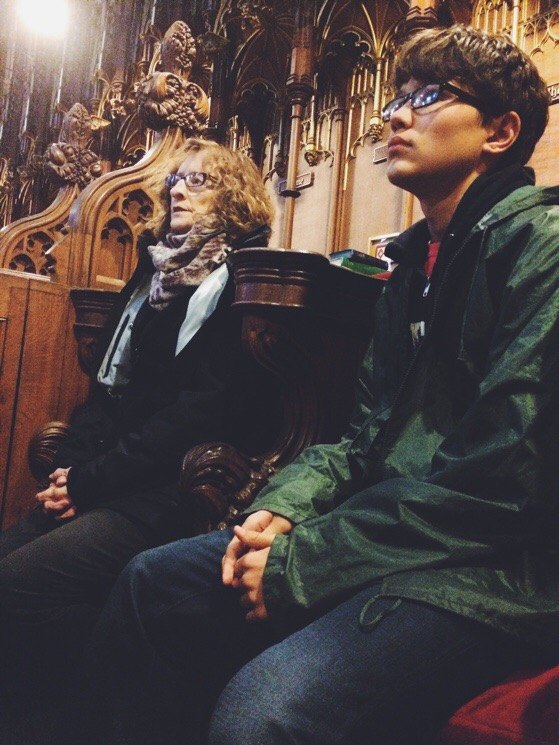 Beautiful service in a beautiful place. 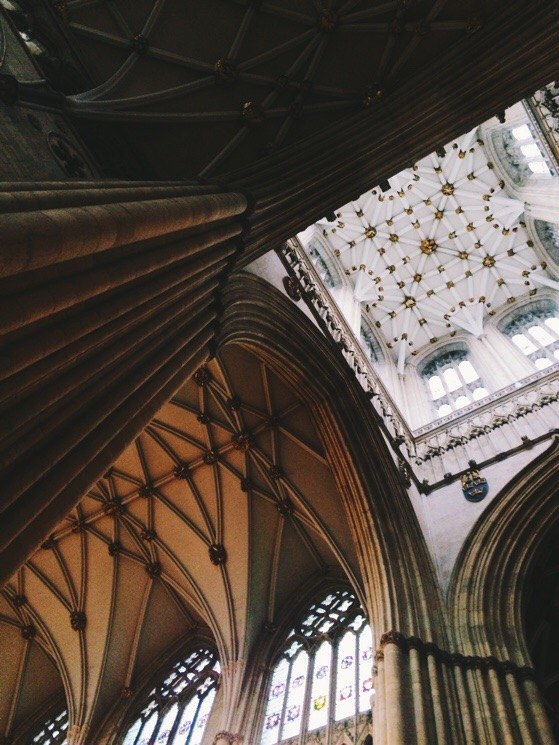 After the service, we walked out of the city walls to head on back to the YHA, where we took hot showers to get warm before ordering dinner there at the bar.

This lobby is where you access the WIFI at the YHA, so of course, the boys spent a good bit of time here. 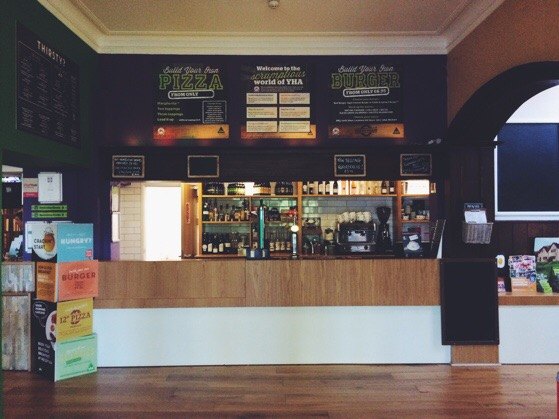 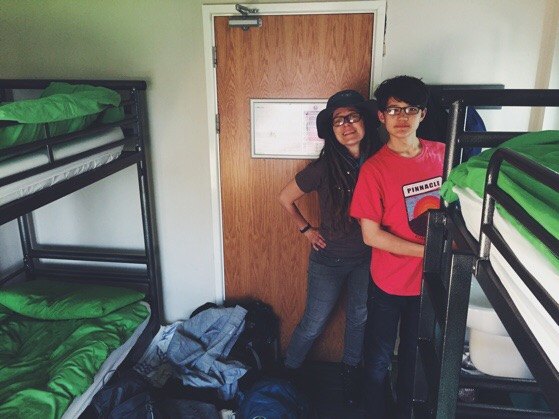 Then it was time for bed! 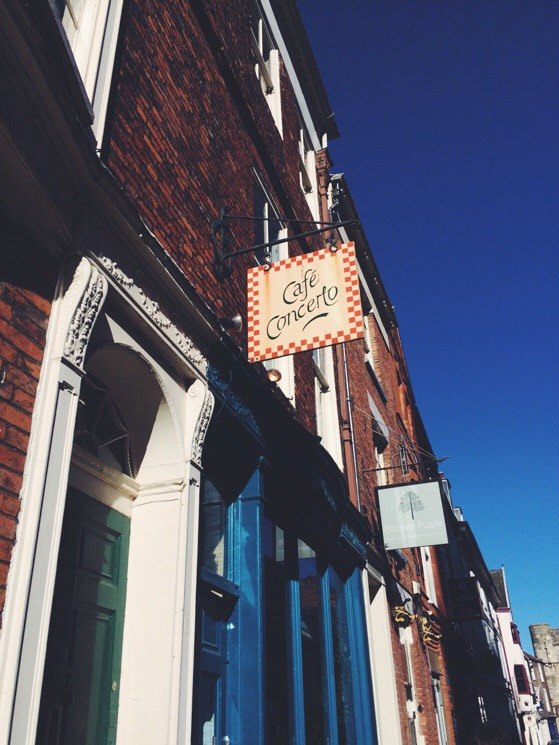 Sunday morning we had breakfast at the Cafe Concerto, a recommendation via Twitter! 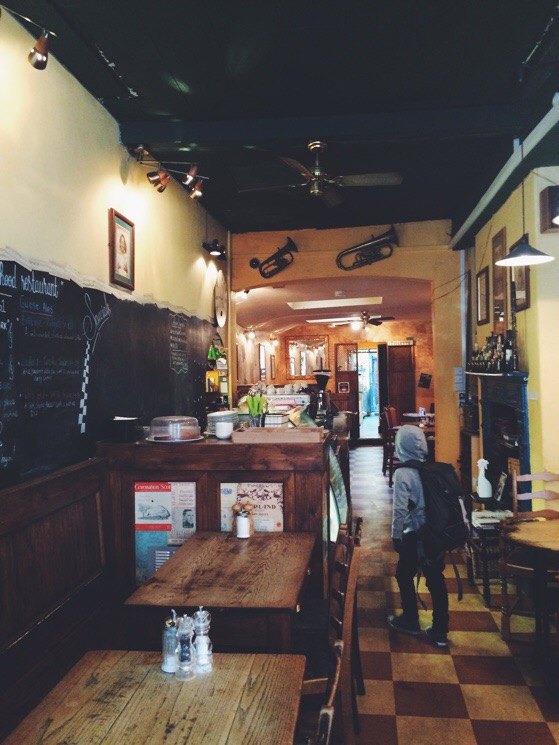 It was a gorgeous day, so we spent our last few hours walking the old city walls.

These walls are the most complete medieval city walls in England and alongside them you can even see the remains of walls from when the Romans ruled. Everything is crazy old in York. 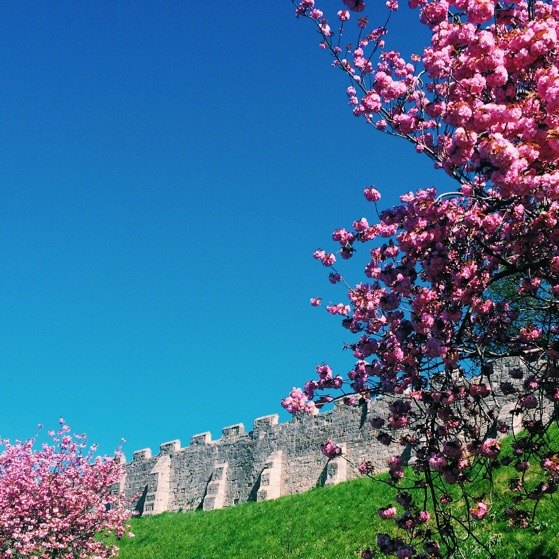 Except for spring! Which seemed brand new while we were there. We left York under blue skies and rode our train back to Aberdeen past spring lambs and yellow blooms.

However, by the time we reached Aberdeen, it was snowing.

York is only six hours away from Aberdeen by train, but it’s a few degrees warmer for sure, a fact I will remember when making plans to visit again! 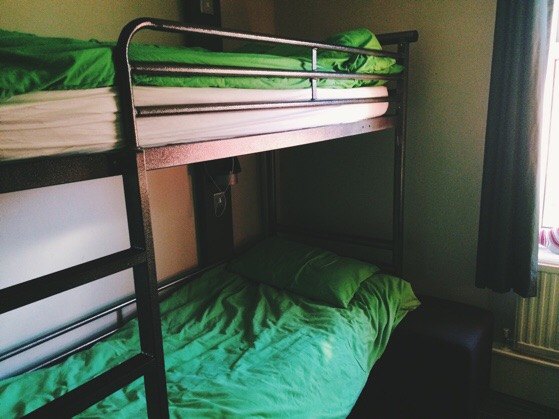 Here are a few more photos from our hostel! 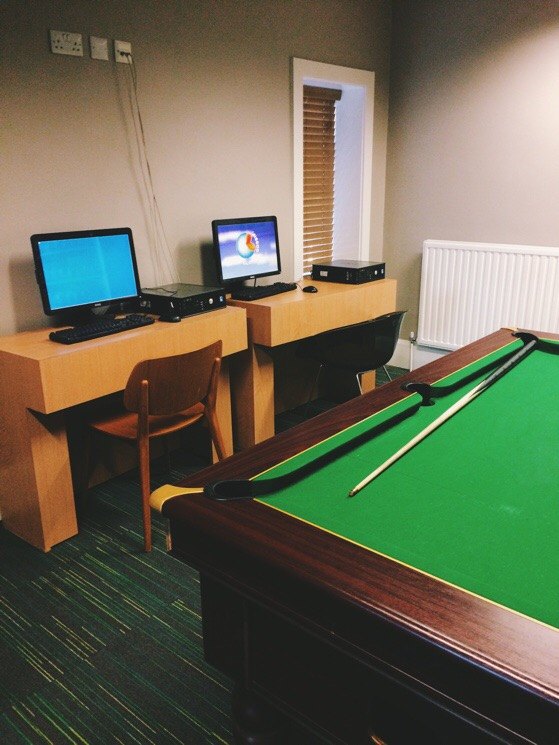 A game room and computers! 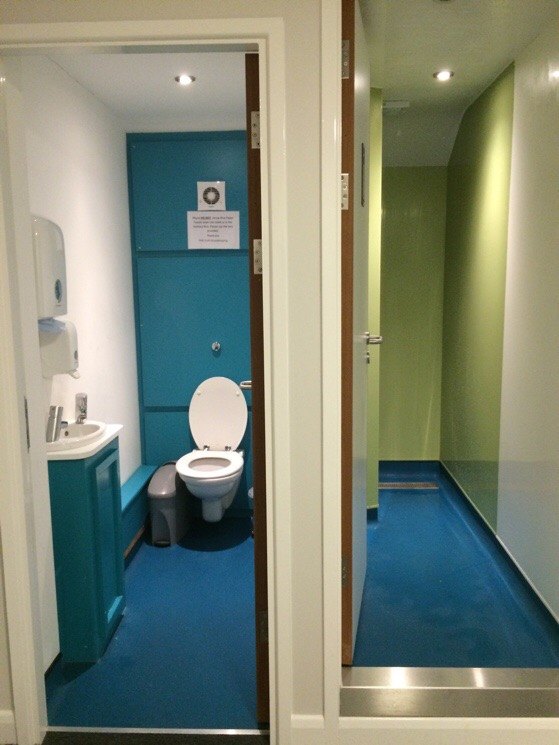 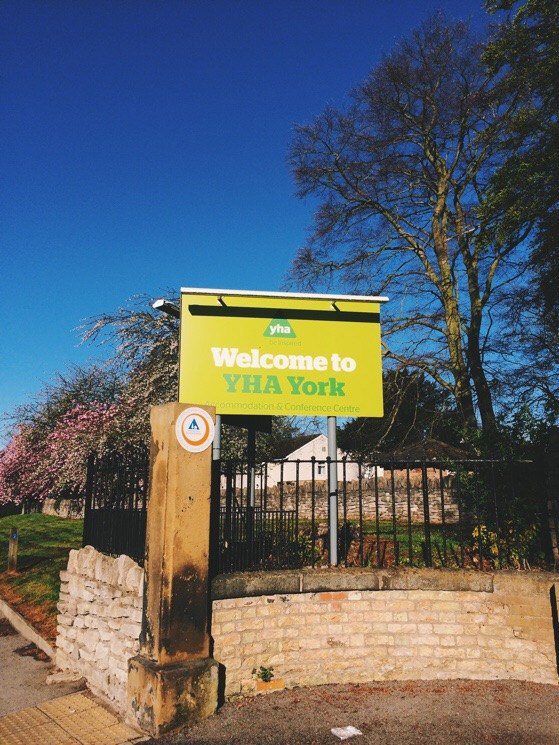 Our stay at the York YHA was complimentary as part of a partnership with YHA to promote family hostelling! 🙂 We love staying with YHA though. For more of our hostel stays, check out the archives.