I’m excited about sharing new Expat Stories with you this month while I’m on the road instead of the usual Pipeline. Today’s story is from Kate Metcalf who spent a year in the Democratic Republic of Congo and now lives in London. 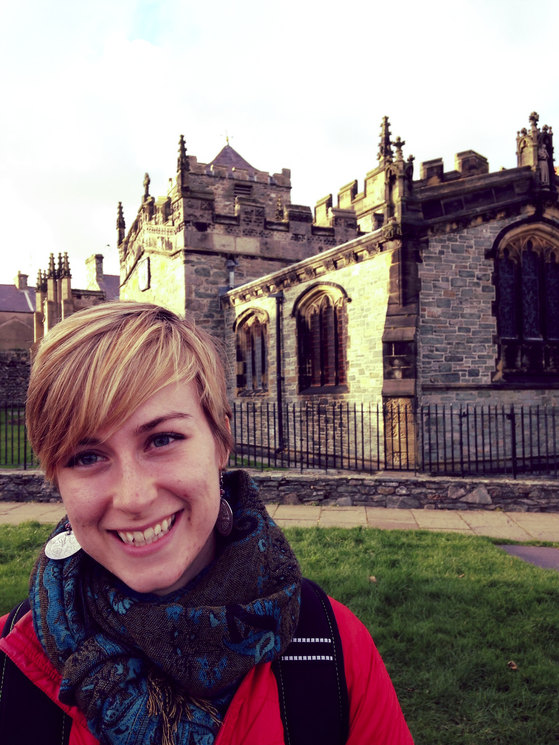 Tell us a little bit about yourself.

My name is Kate and I am an American, originally from Iowa, though I lived in Chicago for eight years before moving abroad. I am a musician and currently a postgraduate. Ryan and I first moved abroad to begin work at a small university in the Democratic Republic of the Congo, or DRC. The university happened to be looking for two one-year contract staff members, one with experience in the arts and internship programs (me!) and one with experience in IT administration (Ryan!), so we decided that the opportunity couldn’t be more perfect and decided to make the leap.
The move wasn’t entirely out of the blue. Ryan grew up overseas and I had lived in the Philippines for a while before, so since we’ve been together, we’ve always talked about living abroad again. We both enjoy the adventure and learning experience of encountering another culture and place longterm and were fairly certain that at some point, we would move. We just didn’t know where until the opportunity in the DRC came up in 2012.
We lived in the DRC for just over a year, with a few months in Uganda and Kenya in there as well, and in September 2013, we moved to London so that I could start graduate school. 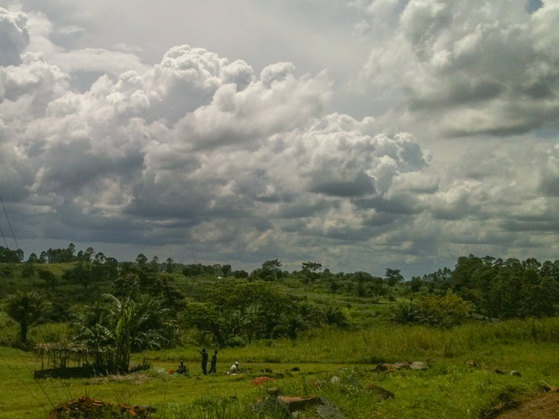 What has surprised you about living abroad?

In the DRC, the thing that surprised me most was how challenging it was to make friends. We weren’t living in a very large or cosmopolitan city, so pretty much everyone knew who we were, but those acquaintances didn’t develop into friendships easily. In the end, it pointed out to me how big the difference in cultural understandings of friendships and platonic relationships can be and how much I take for granted my own, very American definition of friendship. It also made the friendships that did develop very precious to us, and I miss those friends now a lot.

In London, the biggest surprise for me has been how diverse the city is. I had a vague idea moving here that London was home to people from all over the world, but now that I live here, I continue to be amazed at just how many nations are represented, and how easy it is to feel like I’ve visited another continent just by walking a few blocks. For example, I discovered after moving into our flat that there is a Filipino grocery store just a couple of blocks away, which is really great news, since now I can make a few dishes that I miss since leaving the Philippines.

What new tradition or habit do you want to take away from your present home?
From living in the DRC, I most wanted to take away the habit of greetings. In work and social situations, when you arrive anywhere, it is part of social convention to greet and chat for a while with each person, going from office to office to say hello or stopping by every room at a party. I enjoy the intentional habit of simple hellos and checking in with everyone – it makes workplaces and gatherings seem so much more warm and friendly and makes it easier for me, as a naturally shy person, to feel connected to others and meet new people.

From living in London, I expect the biggest takeaway will be this tea habit, whether I intend to or not!
I have also really enjoyed the way that Londoners celebrate Christmas – the foods, the carol services at churches and cathedrals, the street festivals – and want to take some of that with me wherever I find myself living next. The Christmas season has always been a very important one to me, though I find myself increasingly uncomfortable with the over-the-top consumption that is often part of the American Christmas. Not to say that London doesn’t have its share of that in some ways, but in general, the season seemed less commercially intense, which opened up some space for me to really enjoy it for more important and personal reasons.
If a friend came to visit you in your current city for one day, what would you take them to see?

One day in London is so hard to think about because there is just so much to see and do! If it was a nice summer day, I would probably start with coffee and croissants while we walked through Hampstead Heath, the huge public park near my flat. Next, we’d go rent a couple of the public bikes available all over London and bike down into central, where we could have a walk along the Thames or across one of the bridges for a view of Big Ben, the Eye, etc. along the river. After an afternoon in a museum, likely the Tate Modern, British Museum, or V&A, or maybe the Sherlock Holmes museum on Baker Street, it would be a delicious meal at either a pub or an Indian restaurant (both so quintessentially London!) and an evening at one of London’s live music venues, like the Apple Tree or Green Note.
What advice would you give to someone who is hoping to live abroad one day?

If you’re hoping to live abroad one day, I think one of the best things you can do is start living a little more simply in the present.

From an extremely practical perspective, the less stuff you have, the less you have to get rid of when you do move on, and the more you’re able to save toward a move abroad. Some soul-searching is wise too, thinking about reasons behind wanting to move, what sorts of things you would like to do, where specifically you might want to go, etc. Look around and see what opportunities are available! You will have a better idea of what to expect and you just might happen upon something perfect.

Thank you so much for sharing your expat story with us Kate! I might need to come and do your perfect day in London sometime soon and I totally agree that it’s a great idea to start living simply to prepare for living abroad. You can connect with Kate on her blog or on Instagram. And feel free to leave her any questions in the comment section as well.